And under the strong leadership of its Premier Stanley Siapu and that of of his executives the Province could be sending its first workers under Canada’s Labour Mobility Partnership soon.

In his address to the people of Makira-Ulawa Province Premier Siapu has called “CITREC as a God sent opportunity and that all must embrace this and ensure that it grows to benefit our children, youths, families, relatives, communities the Province and Nation as a whole.”

Premier Siapu further added that the CITREC partnership ensures that people of Makira-Ulawa Province get Canadian education and find employment in Canada similar arrangement that is well evident with the people and province of Guadalcanal which is celebrating its benefit of partnership with CITREC.

“You the 40 or so students are the first pioneers of this program. I welcome you and wish you all the best. I congratulate you for taking this prestigious award in undertaking this course and hopefully soon you will be finding yourself employed in Canada under this partnership” Premier Siapu said.

“As Pioneers a lot is expected from you. The way ahead will not be easy. All eyes will be upon you. Your accomplishments, performances and successes will determine the future of this program in our province. Your performance will impact the recruitment process. Everything is in your hands. There is no time to fool around. I ask for your commitment, dedication and humility to undertake this course and come out successful. It is your future. It’s the future of that of your family and relatives, your communities and the Province and the nation as a whole. I firmly believe and trust that you are all capable that is why you have been identified to be part of the program by CITREC,” Premier Siapu said.

Premier Siapu has also thanked the Province of Guadalcanal and its Premier Anthony Veke and Guadalcanal Province for its continued support towards the CITREC program.

“I take this opportunity in thanking Guadalcanal Province its Premier Anthony Veke the pioneer and a visionary leader who has against all odds stood firm with his Provinces partnership with CITREC and as a result of Premier Veke’s dedication we now see Guadalcanal province reaping benefits of its partnership with CITREC having large number of its people being employed in Canada. It is through the support of Guadalcanal Province that we have been able to introduce CITREC and we have as a result launched our partnership today with CITREC,” Premier Siapu said. He also thanked the Guadalcanal Education Authority for its continued support.

CITREC Chairman Ashwant Dwivedi had also extended through the Premier of Makira-Ulawa Province his message to the first cohort CITREC students of the Province. Chairman Dwivedi’s message was delivered at the event by Provinces Deputy Premier.

In his message to the first cohort students Mr. Dwivedi said that “I wish to congratulate all of you on behalf of CITREC and our sector council members for the launch this partnership in the area of education and Human Resources under the leadership of Premier Stanley Siapu and the people of Makira- Ulawa Province.

“Let me make it clear that your selection for the CITREC program is done with utmost trust and strong belief that you are ready and willing to bear the flag of your province and the Solomon Islands when you are provided with the opportunity to come and work in Canada” Mr. Dwivedi said.

He had further words of strong message for the students.

“For some of you present in this room today you may be called to duty in Canada as a permanent resident. For some you will arrive as temporary foreign workers to work in our agriculture sector. We at CITREC are pleased to assure you that when you graduate from our partnership program you are Job Ready for the Canadian market to put what you have learned through our program to work in Canada,” Mr. Dwivedi said.

Mr Dwivedi said that Curiosity is the stepping stone to education and ” I am glad that your provincial government and its people have decide to embark on this route that offers education, training and opportunities in the area of human resources management,” Mr. Dwivedi said.

Mr Dwivedi also thanked the Province of Guadalcanal to leading the partnership initiative.

“Lest we forget the province of Guadalcanal that has paved the way for labour mobility and Education partnership with Canada. Guadalcanal Province has demonstrated the ability of a province in reaching international relations and benefit to its people,” Mr Dwivedi said.

Few weeks ago Canadian businesses have announced that they are considering piloting a project that will see a Permanent Residency Nomination opportunity for Solomon Islands Agriculture Workers currently in Canada.

“Canadian employers have agreed to pilot a project that will allow workers under the agriculture stream to be eligible to apply for Permanent Residency under Canada’s Immigration nomination program,” Mr. Dwivedi said.

Mr. Dwivedi said that the pilot project will be discussed in more detail with relevant Canadian authorities in the coming weeks and will be open to Provinces of Guadalcanal, Malaita and Makira Ulawa Province under special provisions.

Mr. Dwivedi confirmed that he will be holding one on one discussion with Canadian ministries to see the project expedited and that pilot project launched at the earliest to the benefit of the Solomon Islands workforce in Canada.

In a media conference Mr. Dwivedi further confirmed that any province in the Solomon Islands that joins the program will have the benefit of being included in the pilot project.

“The intention of this pilot project is to include agriculture workers and have them convert their status from Agriculture stream temporary workers to Permanent Residents of Canada. We want to see them live, work and permanently call Canada their home. This is an opportunity we want the employers to provide to Solomon Islands nationals presently in Canada as agriculture and dairy workers,” Mr. Dwivedi said.

Mr. Dwivedi said that Canadian agriculture employers have agreed in principle that they want to consider this opportunity for Solomon Islands nationals and we are confident that we will have this program implemented in the coming months. 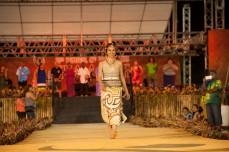